In the run up to moving into our new house a couple of months ago, we gave Freddie and Sasha an option: Did they want to have their own bedroom each, or share a bedroom and have a playroom? In the end, they chose to share a room, which is probably for the best now, since their new brother or sister will having that third bedroom eventually, and they will have to share until we can afford to do a loft conversion in a couple of years time.

I must admit I had my concerns about them sharing a room at first, considering they’d both had their own for their entire lives so far. Would they keep each other awake at night and not go to bed properly? Would we be able to create a room that encompassed both of their personalities? In particular being boy/girl siblings and the fact that whilst they play well together and likes many of the same things, they also have completely different interests and passions too!

I also think that once children move on from the baby/toddler stage, it’s important to let them have their own personality when it comes to choosing bedding/toys on display, so we’ve tried to let them do this here without having the place too cluttered. I did help them choose the wallpaper together, and admit to steering them to this one which isn’t too ‘faddy’ and will suit both genders for the forseeable, as they both had totally different ideas as to what they would like in their shared room, so this is a compromise!

Come and have a look around! 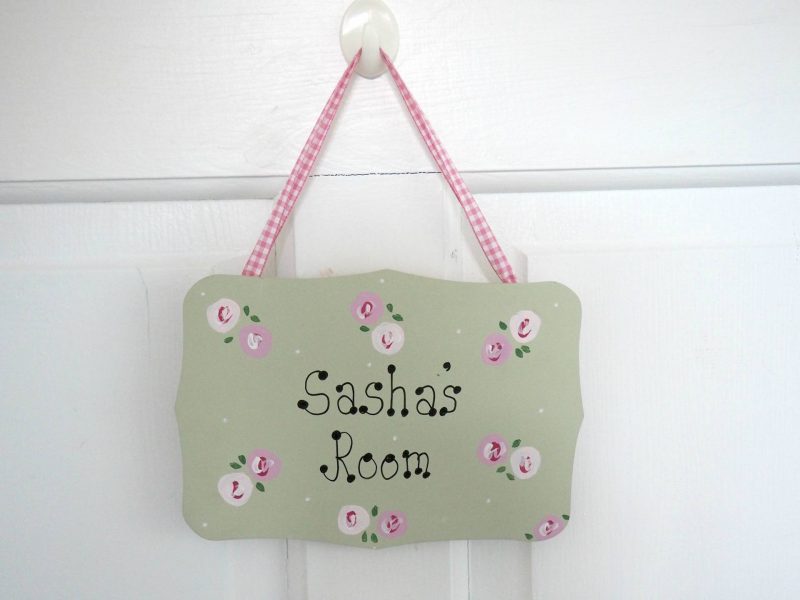 ^^We kept Sasha’s door name plate from her old bedroom, and bought Freddie this cool London Underground name plate from a store on Amazon- perfect for him as he’s still absolutely mad on trains! 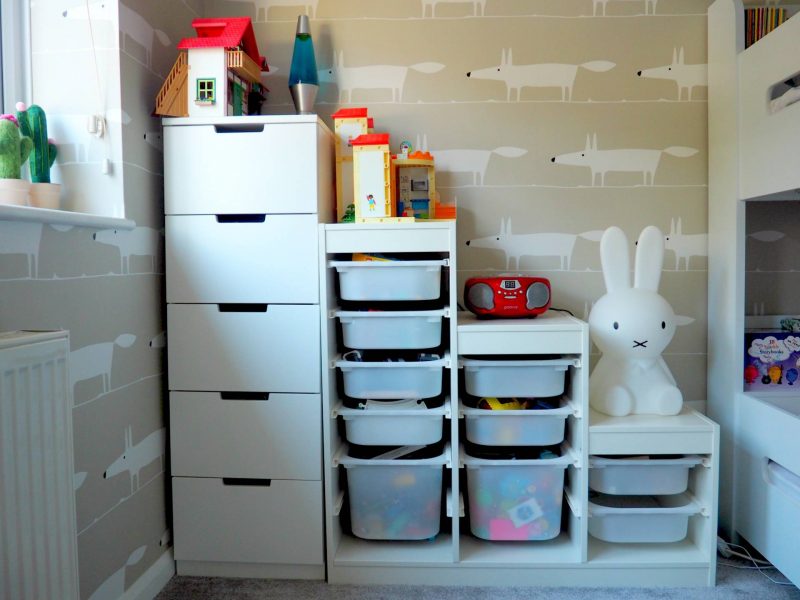 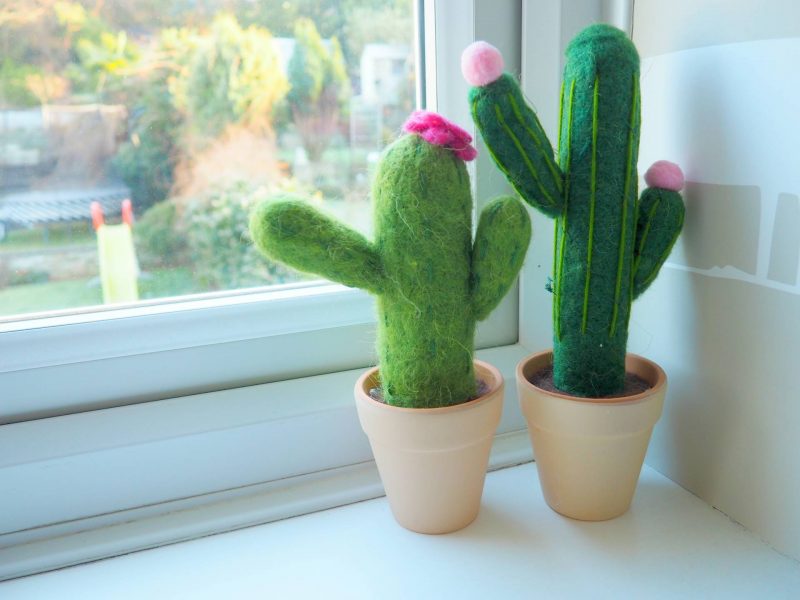 ^^Our trusty Ikea Trofast came with us, and we have two sets of this in the bedroom to house toys. We also added this tall Ikea set of drawers from the Stuva range. The Miffy light is still going strong, and a big hit has been the CD player they received for Christmas from my brother and sister in law- honestly, we’ve had many moments of peace whilst they’ve been listening to an audio book, a big thumbs up here! The cactus’ (cacti?!) were cheap as chips and came from Tiger- I love that shop! If the children no longer want them for whatever reason, I will be giving them house room somewhere else. 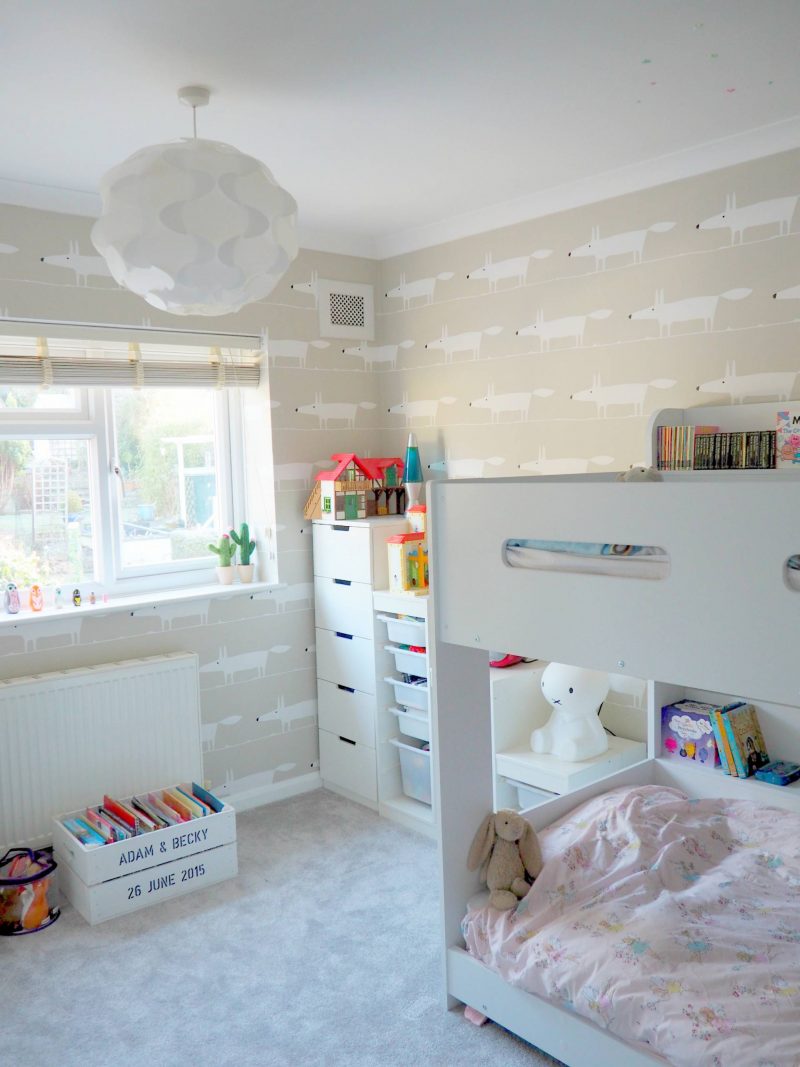 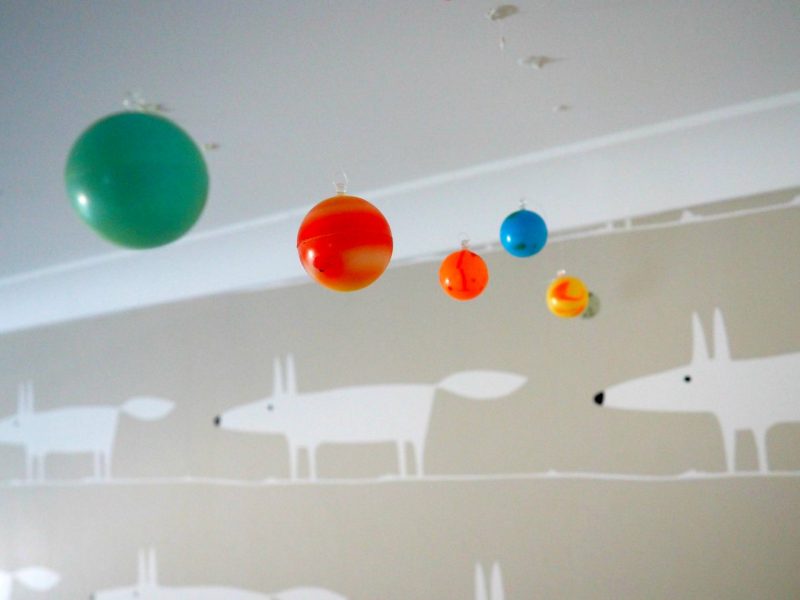 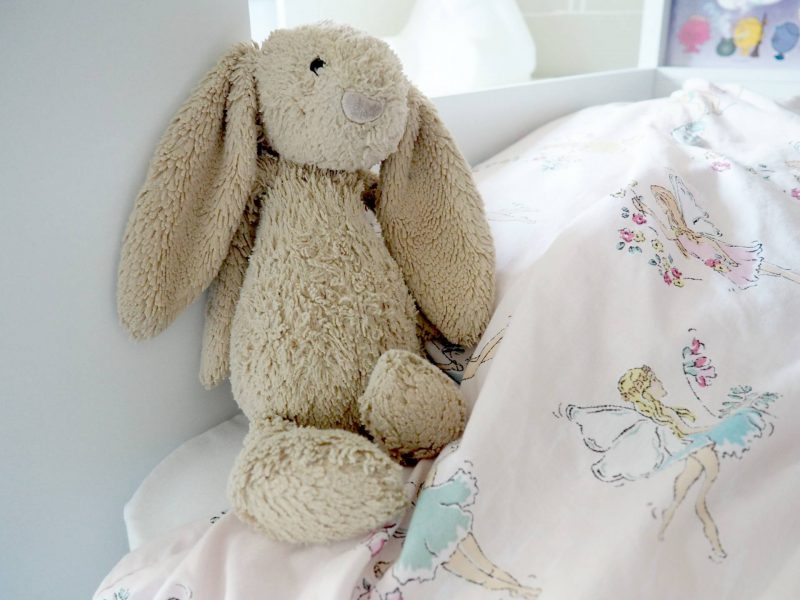 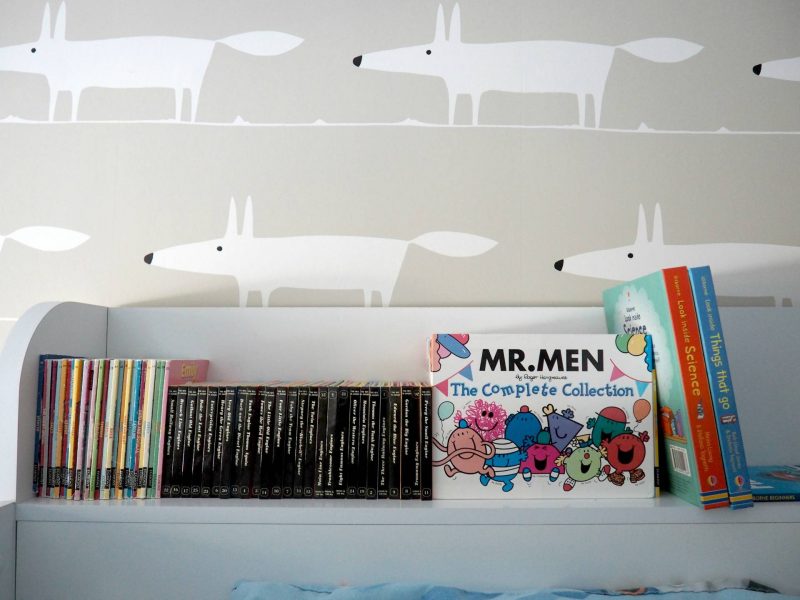 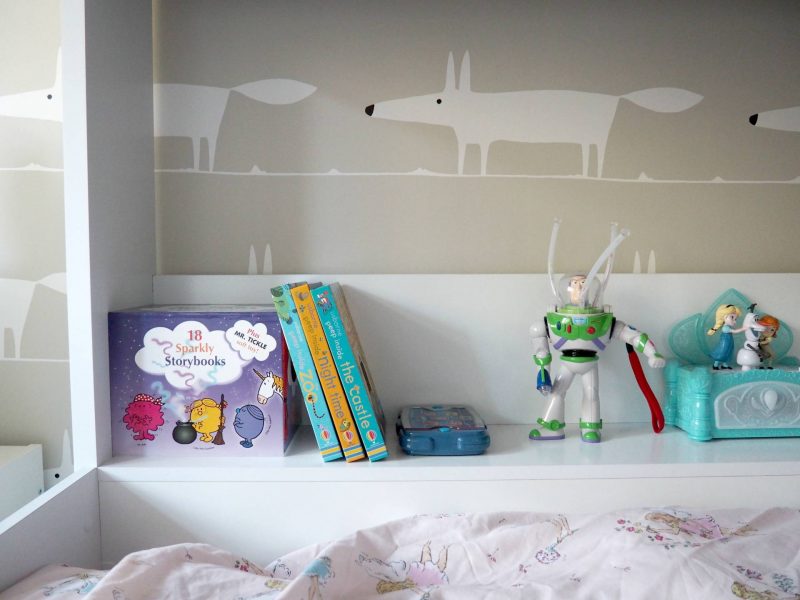 ^^The bunk beds were bought from Amazon, and I’m so pleased we went for these ones in the end over some others we were considering- I love the fact that they have built-in shelves on both top and bottom bunk, which are perfect for storing the children’s books, drinks, small toys and reading lights. 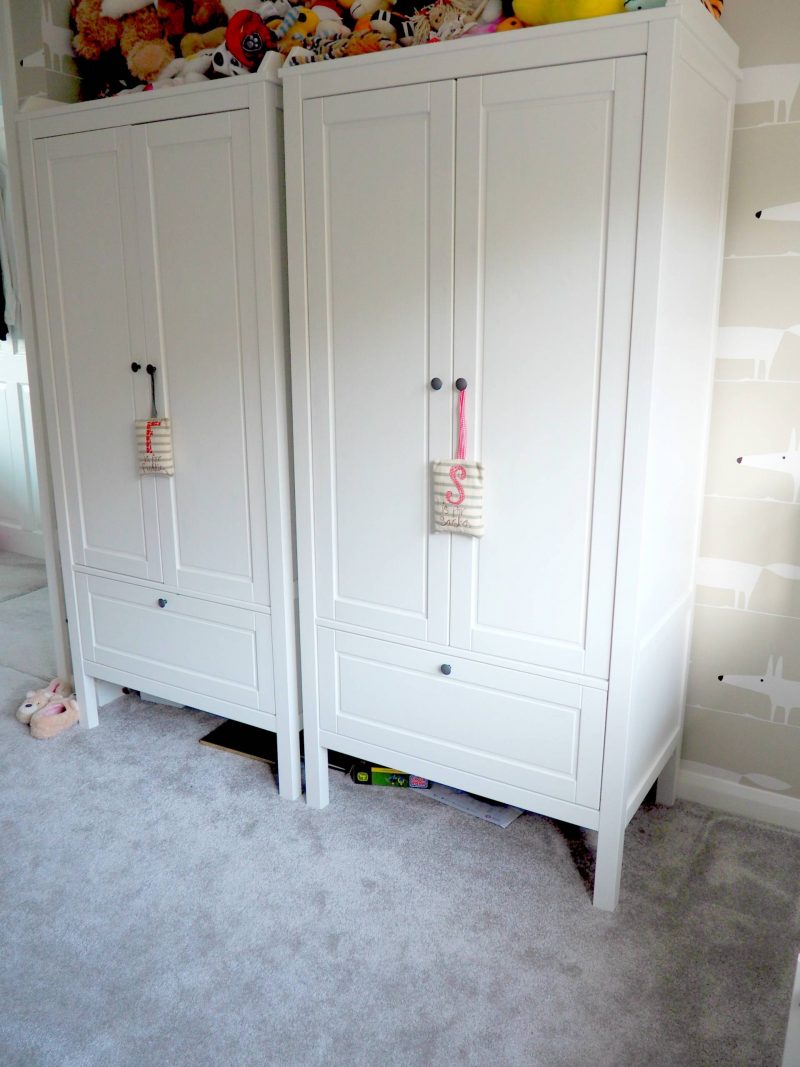 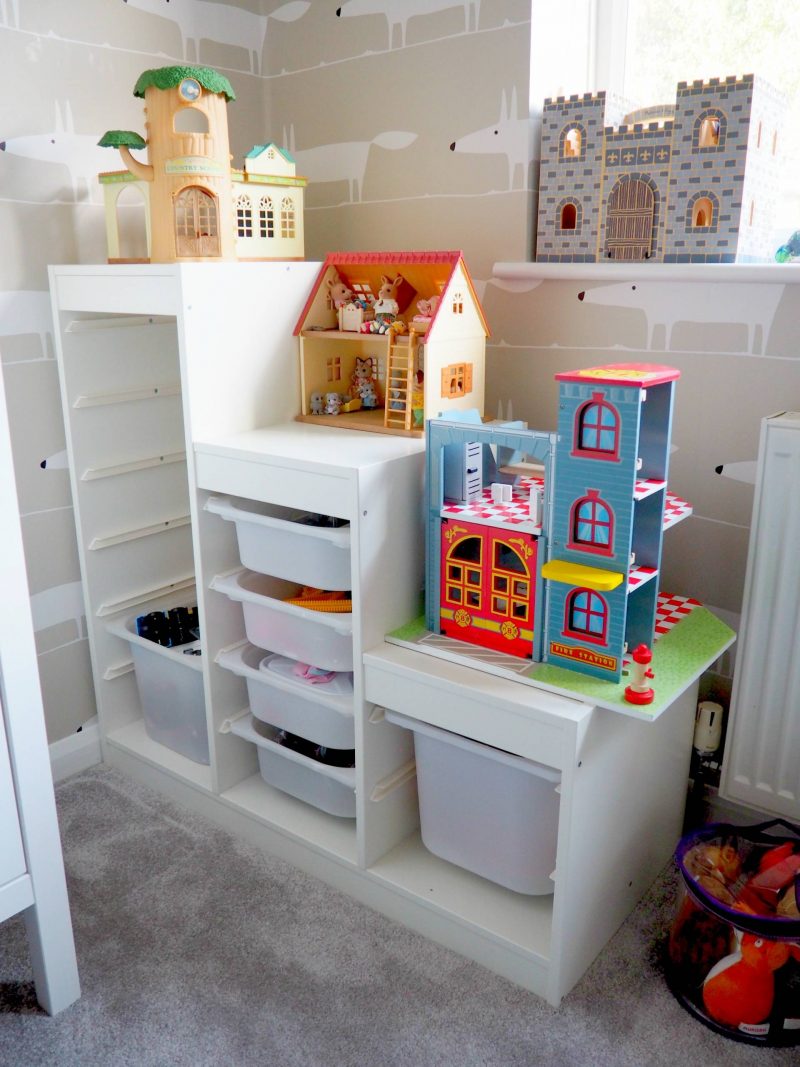 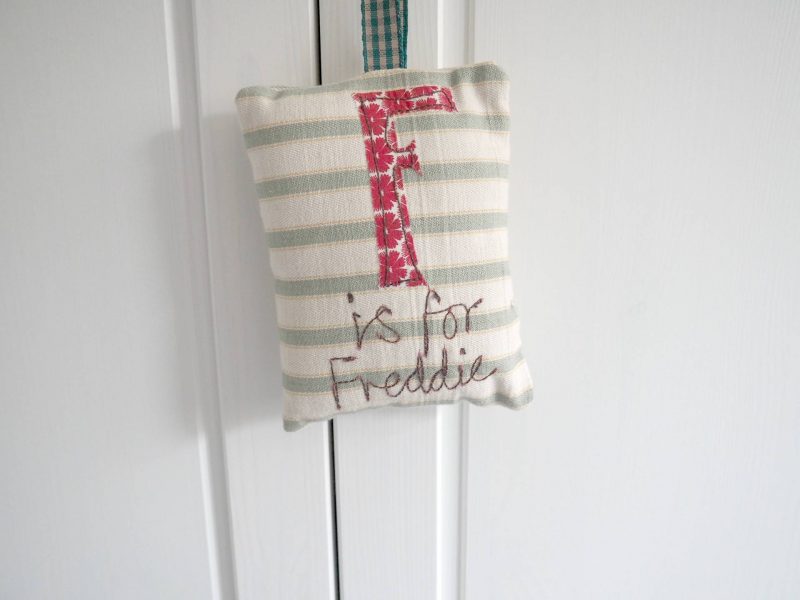 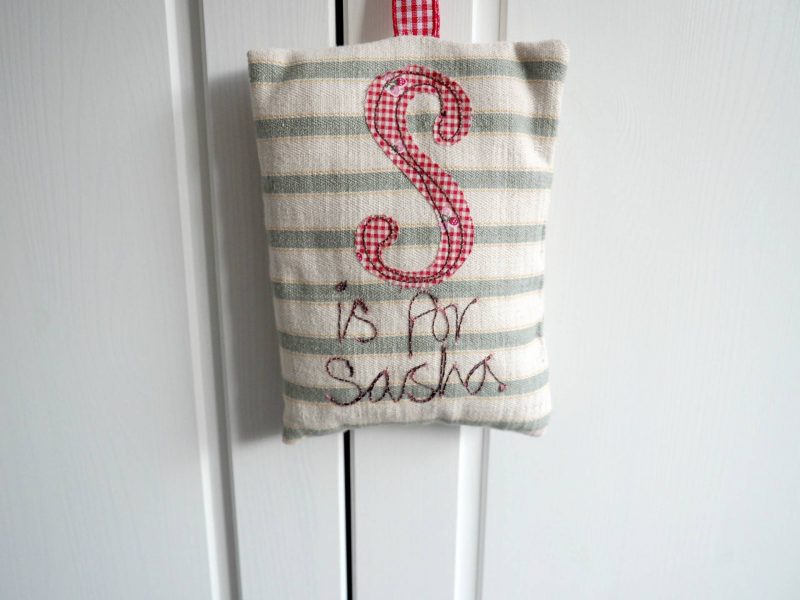 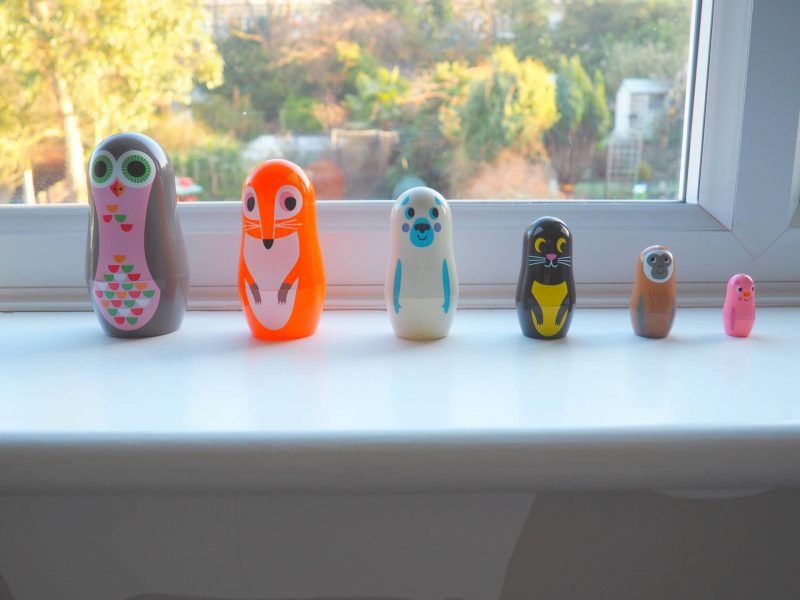 ^^Wardrobes and more Trofast. The wardrobes are also (surprise, surprise), Ikea and are from the Sundvik range. I can’t bear to get rid of their little ‘F is for Freddie’ and ‘S is for Sasha’ personalised hanging things- I’m hoping I can get one for the new baby ! They’re also from Not on the High Street, as are the ‘Owl and Co’ nesting dolls. 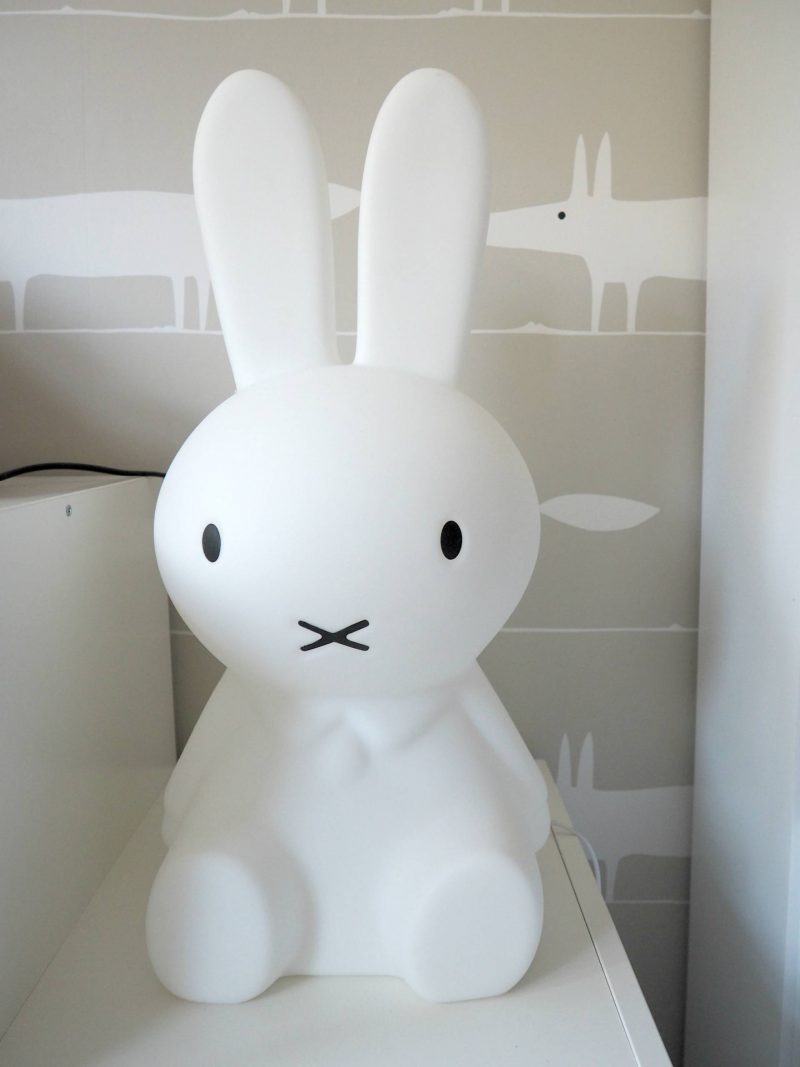 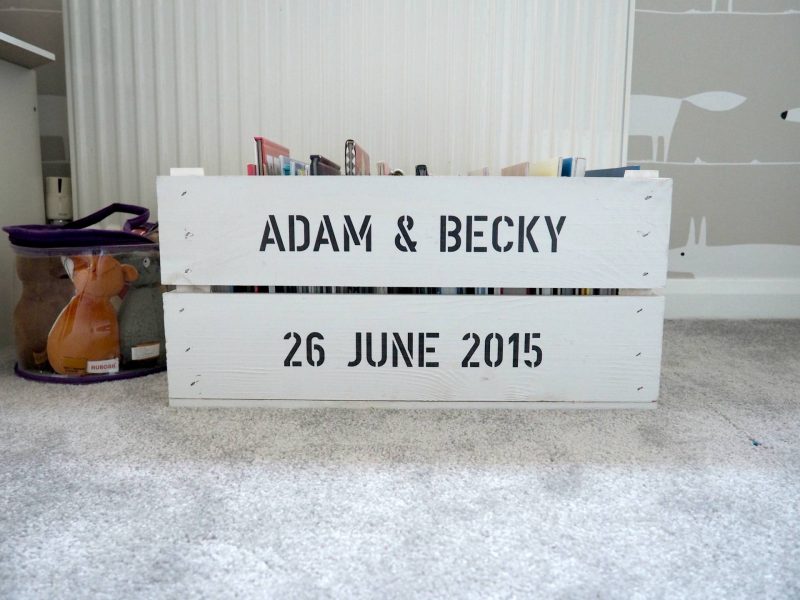 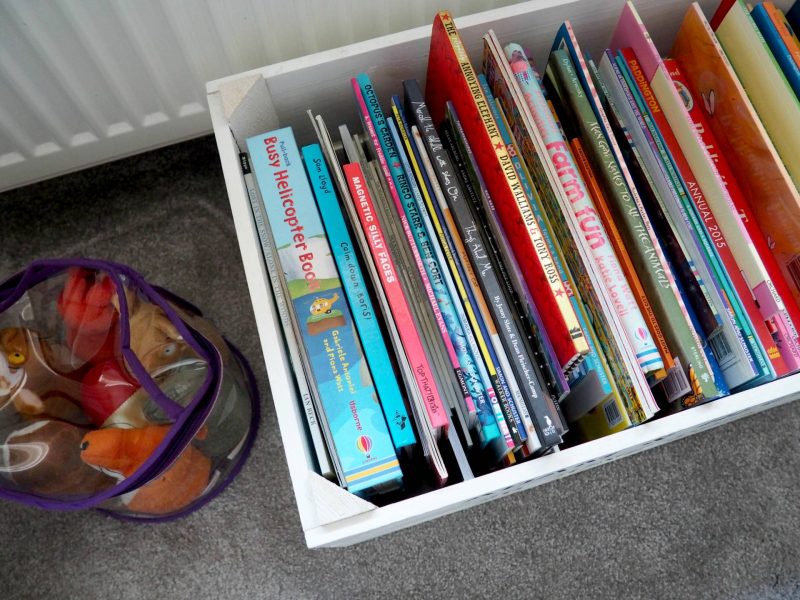 ^^We are still using the white crate we had on our wedding day for our guest’s cards to house some of the children’s books (they have loads more downstairs but these contain the currently favoured nighttime reading!). The crate is orginally from Not on the High Street. 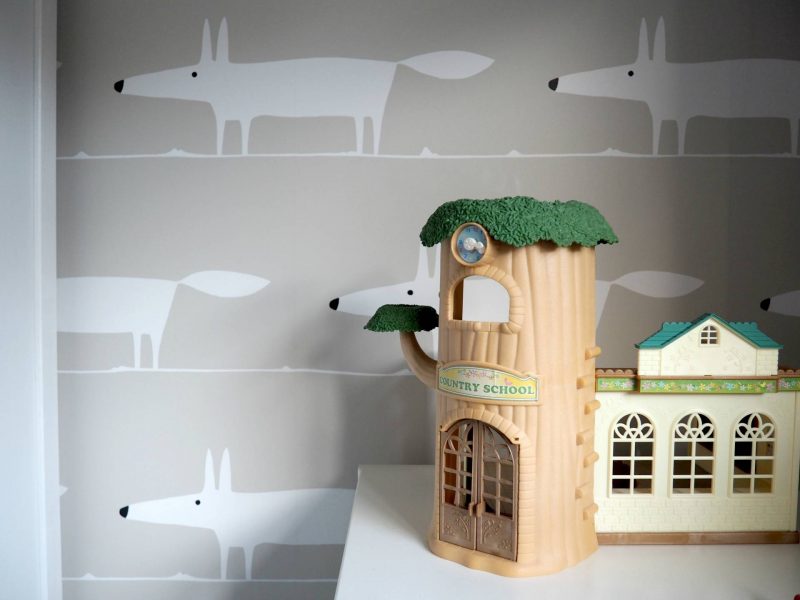 ^^The wallpaper has proved a big hit with Freddie and Sasha and also my social media followers- we’ve had a lot of compliments on it! It’s from a company called ‘Scion’ and they do this the ‘Guess who little fox?’ range which they do in various colours.

So what do you think?

I’m so pleased with how the room has turned out, and they still have the playroom to play in if they want a bit of space from each other.

Now I just can’t wait to get my hands on the new baby’s room!

Other posts that you should not miss.
Interiors, Our Home

This is an interiors post I’ve meaning to write for a while now, and from a personal …

Styling our new home: A Mirror for our Living Room

One of the big things that attracted us to our new house, was the fact that the living …

Read More
December 6, 2016
← PREVIOUS POST
A Corner of my Living Room with DFS
NEXT POST →
Styling our new home: A Mirror for our Living Room

on A Unisex shared bedroom.