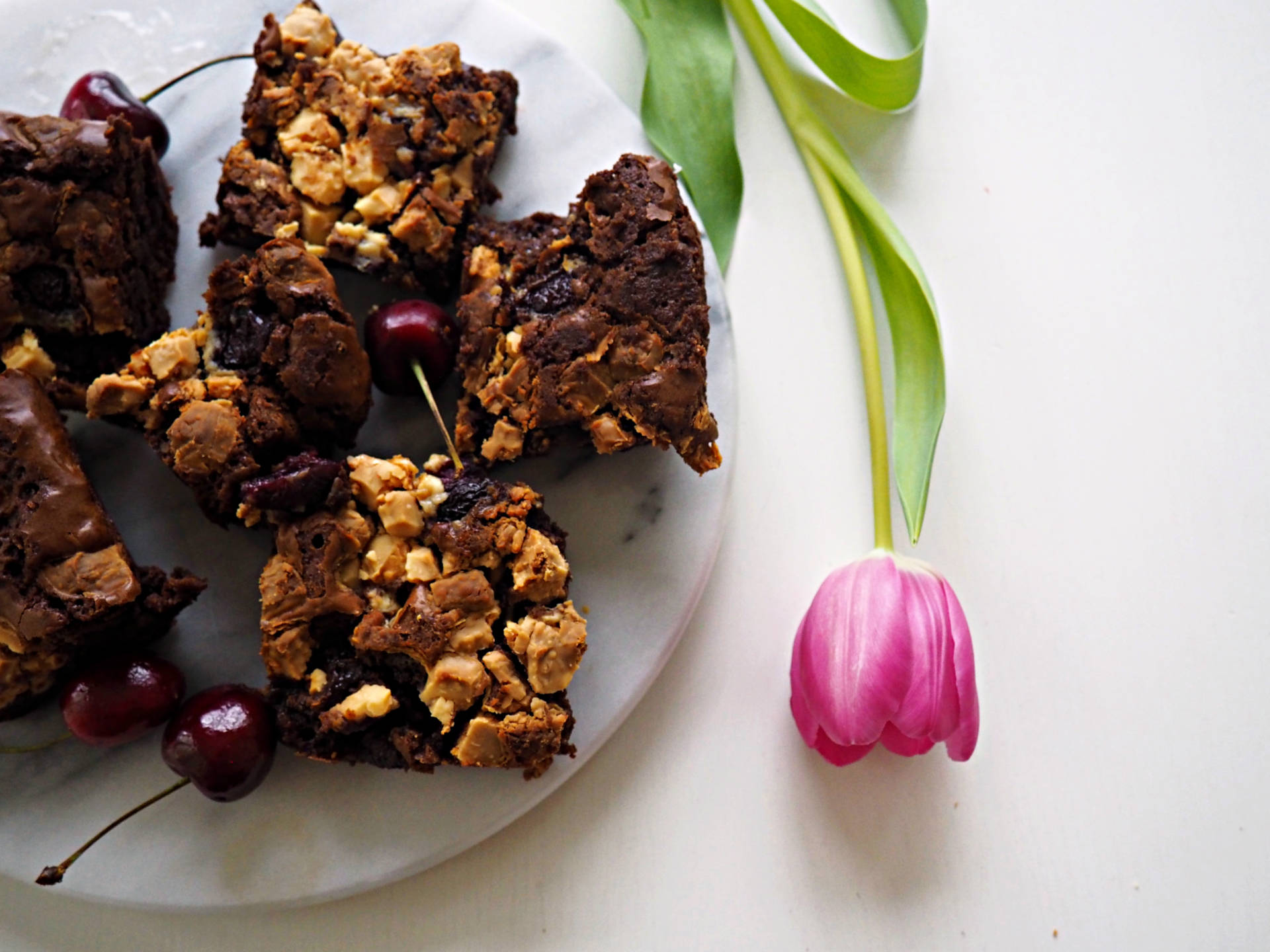 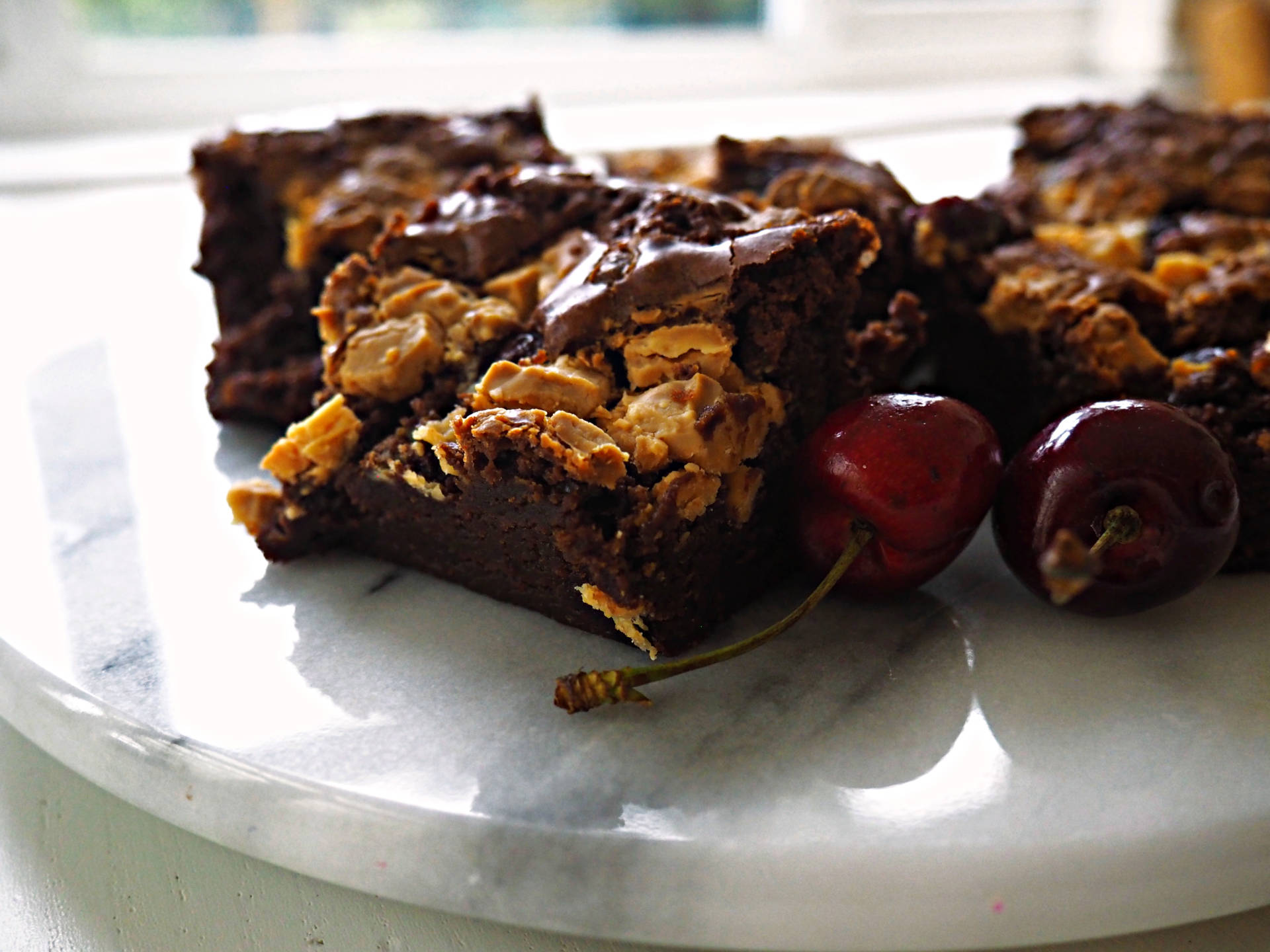 I am SO happy to be writing this blog post on double chocolate and cherry brownies. Firstly, because it’s been lovely to have a fairly chilled out weekend in which to potter, bake and play with my camera (thanks, Storm Dennis!), and secondly, because I am overjoyed to have taken my actual camera out of hiding and used it on manual for the first time in absolutely ages. After such a busy past couple of years, I had forgotten how much I enjoy the creativity of blogging and writing/photographing for fun.

Anyhoo, this weekend Adam’s football game was cancelled because of the terrible weather, so whilst Freddie was at a party, we baked with the other two children, and Adam decided to knock up some brownies. These really are some of the best brownies we’ve made- lovely and chocolaty and gooey in the middle, with the fruity bite of the cherries just giving them that ‘something’ extra. As you can see, Sasha loved them, as did we all! 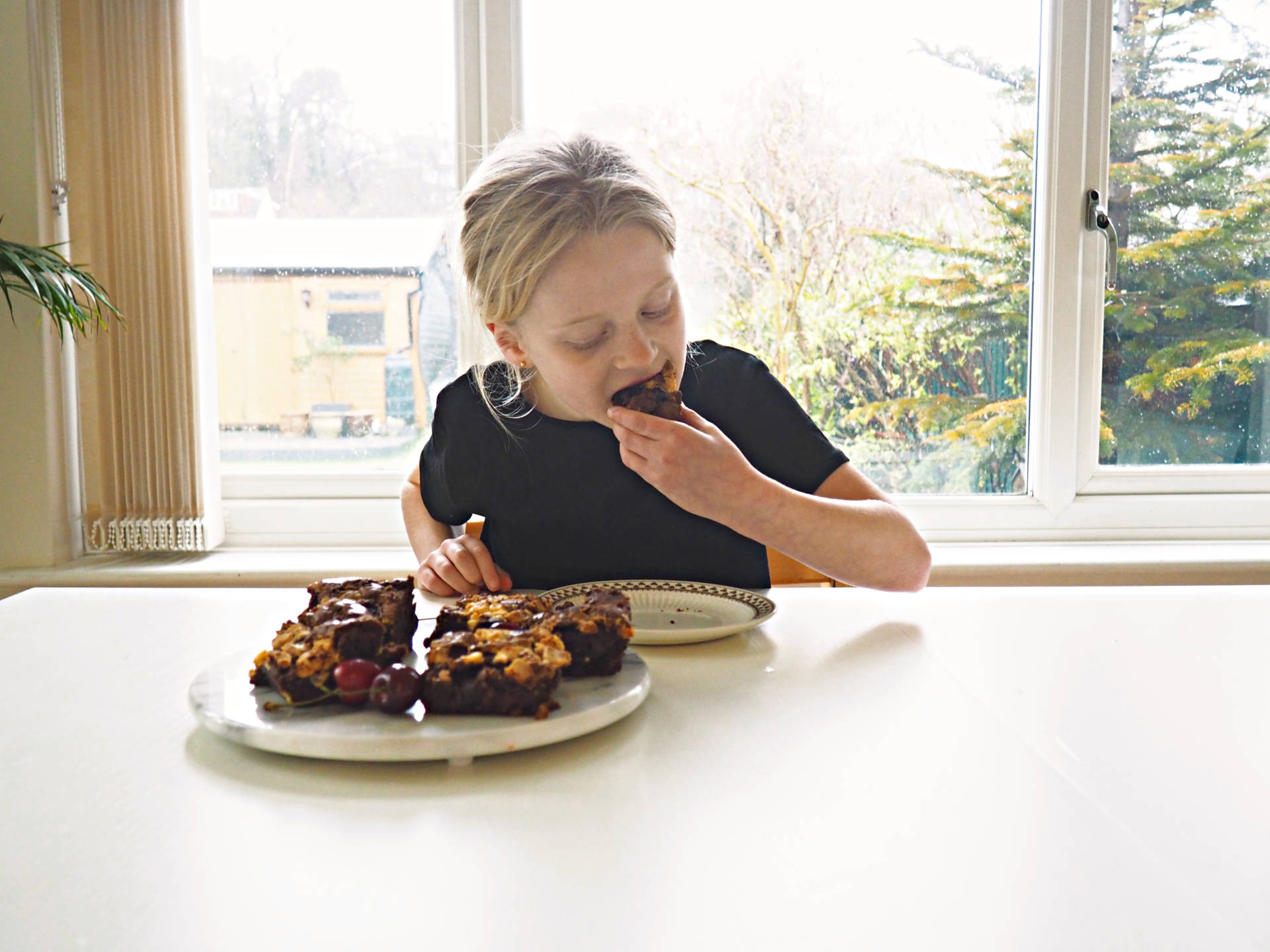 They’re still dead easy to make though, as this is how:

How to make double chocolate and cherry brownies 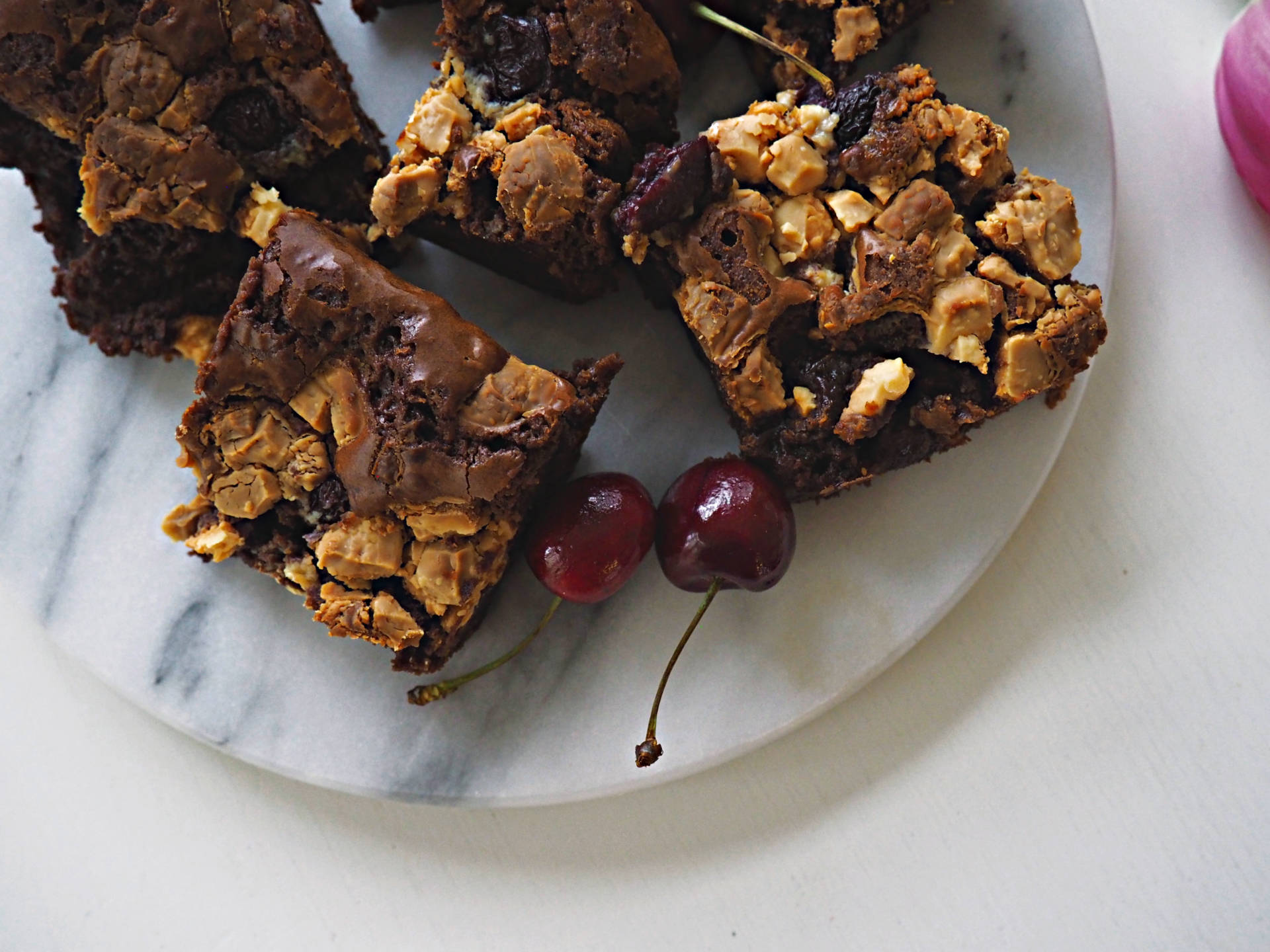 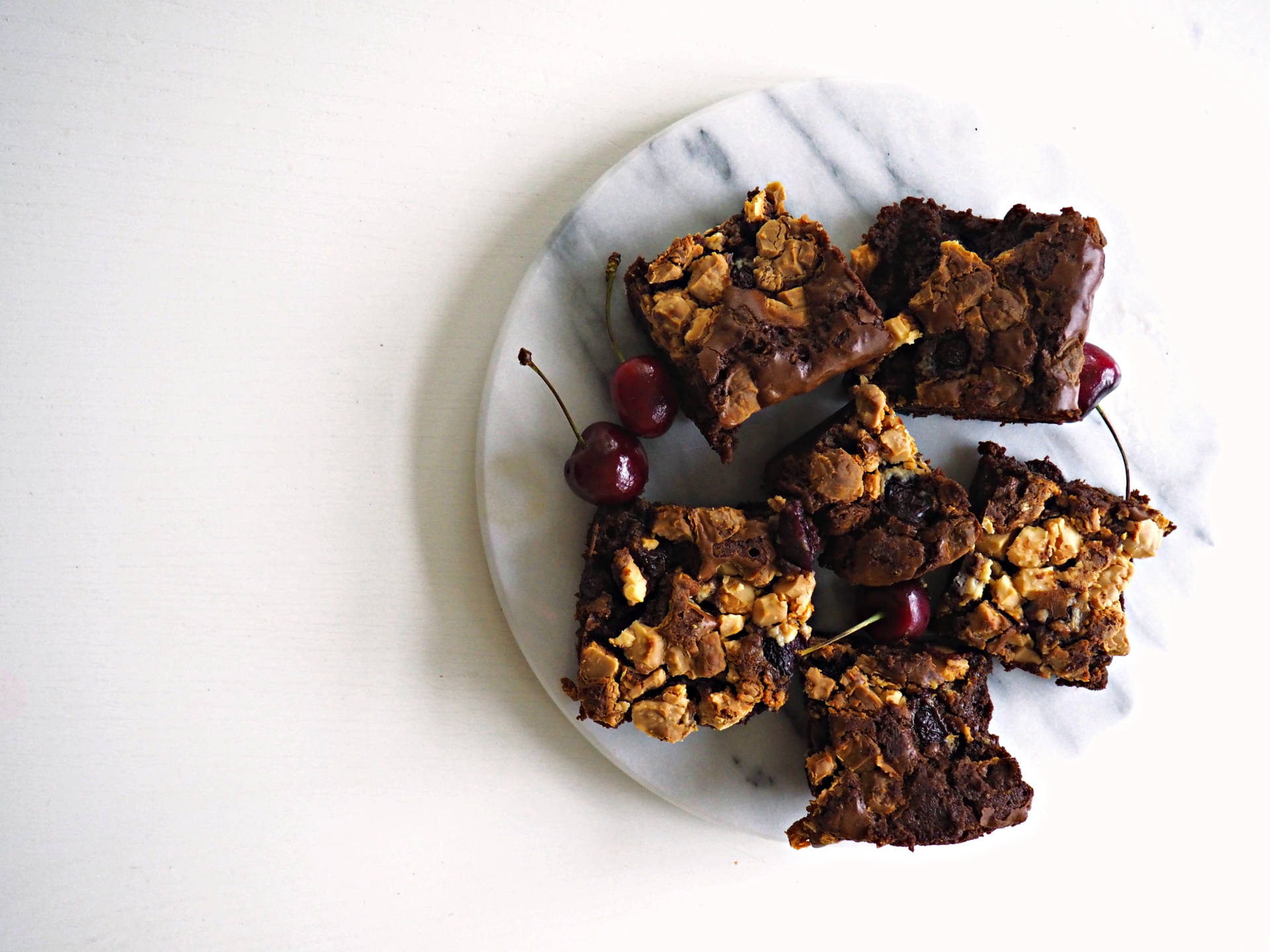 If you enjoy baking, have a look at some of my other baking posts here on my blog

A few weeks ago, Freddie and Sasha were diagnosed as being cow-dairy intolerant (more on this to …

Now, I featured the making of this easy Gruffalo birthday cake in a post on my old …

Looking forward to spending the next 6 weeks with

A lovely time this week when we took Arlo for pizz

What a difference a week makes! So nearly there -